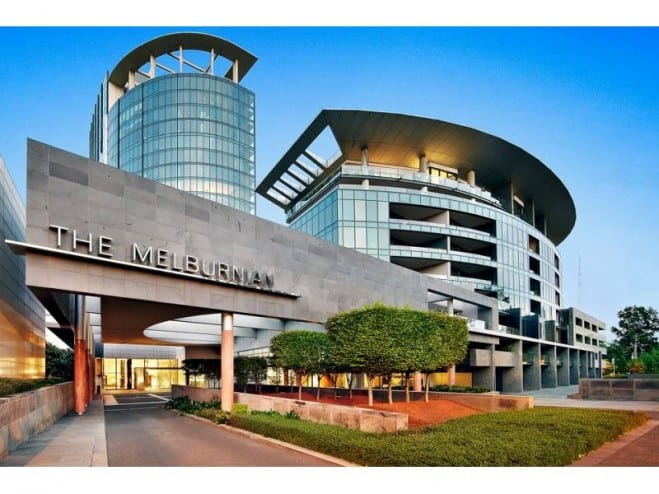 Body Corporate Service (BCS) Strata Management has been providing professional services to strata and community title schemes, as well as developers in New South Wales, Queensland and Victoria for over 40 years.

BCS is proud to be the market leader and largest firm in the provision of professional strata and community title management in Australia. With an unparalleled depth of local knowledge and experience, BCS delivers better guidance and reliable support to its clients.

From resorts to commercial, industrial, residential, mixed use and community title developments, BCS Strata Management tailors its service solutions to meet the unique needs of its clients across an extensive portfolio.

Ablo Jalloh is the manager of BCS’s Melbourne branch. “We’ve got two branches in Victoria,” Mr Jalloh explains, “the biggest one is in the city, which is the one I’m managing.”

After earning a Bachelors Degree in finance, Mr Jalloh began working in banking, both at JP Morgan Chase and ANZ, before joining BCS at the end of 2008, beginning work in the Southport, Queensland branch.

The opportunity came about after the corporate finance department Mr Jalloh was working for at ANZ was transferred to Sydney. Unable to move with the group, Mr Jalloh began looking for other opportunities.

“This opportunity came up in Southport,” he explains, “and they needed somebody who understands accounting and financial management, so that’s how I ended up joining the PICA [Prudential Investment Company of Australia] Group, which BCS is a part of.”

The change from banking to strata management may seem like an unusual professional shift, but it was Mr Jalloh’s background in accounting and finance which made it possible, since one of the primary functions of strata management is to manage money for clients.

BCS has been around for over forty years as a member of the PICA group, the largest strata management company in Australia. As a parent company, PICA holds multiple other strata and debt management brands, of which BCS is the largest.

“BCS has had multiple awards,” Mr Jalloh says, “industry awards from the SCA, and recently we were awarded best strata management website by the SCA, which is the Strata Community Australia, our industry body. It has had multiple other awards over the years.”

BCS endeavours to employ good people, many of whom have been with the company thirty years and amassed a high level of experience to serve its clients effectively. BCS prides itself on offering more comprehensive advice to clients than its competitors.

“We have this longevity and industry experience,” Mr Jalloh explains, “where some of our competitors, the smaller ones, will have to rely on lawyers or legal firms and accountants to provide that kind of advice.”

BCS’ financial stability is a huge plus point to the business, another significant advantage over smaller competitors, many of which may have amassed debt over the years. BCS remains debt free, thanks in the most part to its parent company’s financial stability and its effective ability to manage its affairs.

“We are the leader in the industry, by far,” Mr Jalloh says. “We manage about a quarter of a million lots, and our nearest competitor has about 50,000, and that’s a massive difference, so we have that market leadership strength there.”

Similarly, the company has excellent corporate governance. BCS’s board is made up of PICA members as well as those of a further two international companies, each of which owns a 50% stake in PICA.

“FEXCO is a financial management company in Ireland,” Mr Jalloh explains, “and the other company that owns PICA is Nippon Kanzai, which is a comprehensive building management firm in Japan.”

PICA is an investment and asset management firm established in Australia to be involved in, among other things, strata. BCS operates for PICA in just three states: Victoria, New South Wales and Queensland.

“In Victoria, we’re not that big; we are bigger in New South Wales and Queensland. We don’t have any presence in any other states, but despite that we are bigger than any in the industry. We’ve got all sorts of clients, from duplex units to multi-functional buildings; hotels, office buildings and high-end residential apartment buildings.”

With significant issues arising in Victoria such as building defects, fires and many more concerns for the strata industry, Mr Jalloh is sure that there is plenty more to be done to prevent industry problems going forward.

“The difficulty in strata is that a lot of people get in not knowing what they are getting into. A lot of people who buy into these things don’t realise that they should not, for example, smoke and flick cigarette butts from their balconies, and/or store flammable materials on their balcony around heating pipes like the air conditioning pipes.”

The biggest challenge for the industry is to educate the public about the potential dangers in strata, to make sure accidents like the recent fire in the ducklands aren’t repeated. One of BCS’s priorities is to provide educational advice to its clients at every opportunity.

“As Strata managers, one of our responsibilities is to provide education about strata and to increase awareness to the public at large,” Mr Jalloh says.

“Letting people know that their responsibility to ensure that their buildings are operating effectively in compliance with legislation is ongoing. Just because you’ve bought into a building, doesn’t mean that you basically have no responsibility in making sure that everything that’s supposed to work is working.”

Mr Jalloh believes that owners need to have a better understanding of the responsibility that lies on their shoulders. The body corporate manager is primarily responsible for things like financial management, legislative and compliance consulting and administrative work.

The strata managers are there to help provide advice and guidance, but at the end of the day it is the owners’ building and the manager’s responsibilities are limited, a fact not always made clear to members of the public.

“We manage our clients’ funds that they contribute every month to maintain their common and shared facilities in the building. Legislation in each state dictates how money is collected and how it is spent, so we provide legislative advice to our clients on these matters.”

As strata managers, BCS guides its clients on how to collect the money and how to spend it. The legislative and compliance consulting is equally important, as BCS has to make sure that its clients comply with all legislation regarding the upkeep of the property.

“The most common advice we give is letting the owners know the difference primarily between what a body corporate manager does, and what a facilities manager or property manager does, because oftentimes they seem to think its one and the same.”

A body corporate manager or strata manager like BCS is the one that manages the money, provides the legislative advice and the administrative and secretarial work. The facilities managers or building site managers are onsite everyday to manage the movement of people, contracts and contractors, preventative maintenance and long term maintenance.

In many cases, an owners corporation will not know the difference between these two managers, and not even know that they need a facilities manager to take care of these areas of upkeep, resulting in many not having one at all.

The Future of Strata

As the population continues to grow, moving rapidly into urban centres, the face of strata in Australia is set for great changes. “In the future, I think the government will start implementing licensing requirements,” Mr Jalloh says.

“Right now in Victoria there is no barrier to market entry, so anybody can open up shop, which means that anybody who wants to be a body corporate manager can be one, if they have a building or two, even if they don’t understand what it is they are supposed to do.”

This approach can lead to problems, as some body corporate managers will make mistakes through being unfamiliar with their responsibilities. This can often culminate in the wrong advice being given to owners corporations, which can impact negatively on the public, since they are getting different advice from different managers on the same issue.

“They are adding to the complexities or problems that are out there, making the client even more confused,” Mr Jalloh says, “because they are getting advice from the wrong person, or somebody who doesn’t qualify to give that advice.”

“I think what will happen down the road is the government will start requiring some sort of license requirements or some sort of tertiary qualifications for people to get into the industry as managers, and that would help.”

This is an issue that has been debated for some time, represented by a recent government panel being installed to review the act and provide advice. This advice has since been provided, but the government is still in the process of deciding what to do with it.

Recently there have been questions asked in Victoria as to whether owners should be prevented from using buildings for short term letting, utilising schemes such as Airbnb, an issue that has been something of a problem for strata buildings in recent years.

“If you own an apartment and you advertise with Airbnb, then you want to use your apartment technically like a hotel, guests will come in and, not often, but sometimes they cause damage to the common areas leaving unnecessary expenses for the community.”

A recent VCAT ruling stated that owners corporations have no jurisdiction in determining how lot owners use their lots, but some believe that legislation should not dictate how the owners utilise their own property, something Mr Jalloh admits represents a big challenge going forward.

This raises an issue about the role of body corporate owners, primarily as owners of the individual apartments, but also the level of their responsibility for the upkeep and maintenance of communal areas.

These shared sections are the right of the body corporate to maintain, raising questions about their treatment by owners. Even if the body corporate agrees they do not want certain short term schemes entered into, the government doesn’t yet recognise this right of restriction.

Mr Jalloh admits that many of these industry issues are in the process of being rectified, and that in the not-too-distant future the industry is likely to see significant changes that will make the lives of lot owners, residents and strata management companies like BCS easier.

“This low barrier to entry, if it is addressed by the government, it will help to at least professionalise the industry. Because if licensing and certain education requirements are introduced, then professionals will get in. That would only be good for the industry.”

As it stands, especially in Victoria, there is still a certain amount of professional quality lacking due to the absence of such legislation. In New South Wales there are these rules put in place, and Mr Jalloh can see the benefit for BCS if Victoria were to follow suit.

“We’ve got an industry body, which is the SCA. That body is, if you will, the lobbying body with the government, so they are aware of this, and I’m sure whenever changes are made to the legislation these things will be talked about.”

In the meantime, BCS will continue to serve the body corporate owners of Victoria as best we can, delivering excellent advice and financial management to ensure that strata continues to be a steadily growing and improving industry.

Find out more about BCS Strata Management by visiting: www.bcssm.com.au

To read and download the full profile from BCS Strata Management profile, click on the cover image below. To read their editorial as it appeared in The Australian Business Executive magazine, click here.