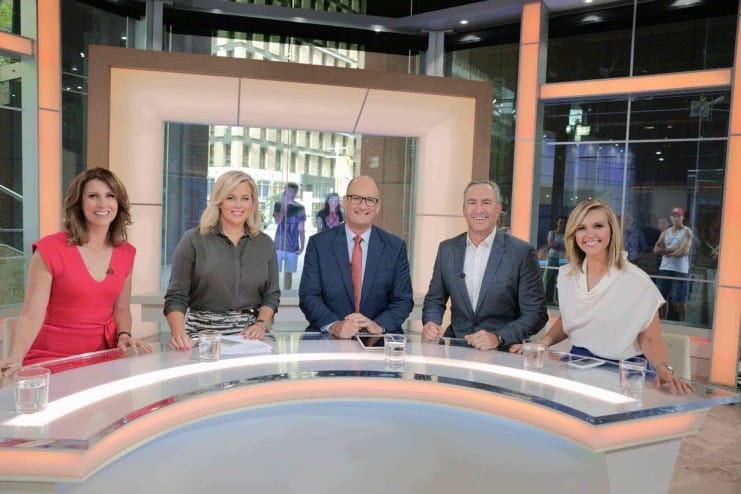 “Never be afraid of change. Always try and be at the forefront of it.” These are the words of David Koch—affectionately known as “Kochie” by his audience—a man of many talents who has worn many hats throughout the span of his career. Certainly not afraid of massive change himself, he began his rise in media as a financial journalist, becoming an editor and founding his own magazines before transitioning into his role as a host on Seven Network’s morning show Sunrise. While he continues to work as a presenter to this day, David Koch’s life is a testament to the power of flexibility and imagination in business, including the ability to seize opportunities when they arise.

Though it is not uncommon for most people to choose a single career and then become “pigeonholed” into serving only a specific role, Koch urges against this mindset. “[My father] brought us kids up with a great saying: ‘Have enough confidence in yourself to give anything a go, but also have enough confidence in yourself that if it doesn’t work out, go and do something else.’” Koch’s strategy is one that relies on immediate decisions to produce results as soon as possible both in business and in life. “If I fail,” he says, “I fail quickly.” He also dismisses the notion of using ones responsibilities to others as a reason not to pursue new paths. “Never get stuck in a job that you hate.”

Koch has long had a presence in the media, and his personal brand gives him significant leverage in his business endeavors. However, this does not mean everyday people who are less widely known can’t also harness the power of personal branding to generate media attention for themselves. “Stick to your strengths,” Koch says, explaining that he rarely deviates from his core target of personal finance and small business advice. “The first step is sticking to a specialty and building that specialty.” He emphasizes that specialized knowledge can be of huge value to others, and that many times this knowledge can be used to pivot into a variety of fields. “It’s building a brand that isn’t selfishly about you, but is about using your skills to help a broader community.”

One of the main sectors in which Koch applies his own skills is in support of small organizations and businesses. “The big [mistake] people make—and particularly big organizations and big business—is that they think small business is big business, but on a smaller scale. They don’t understand that every small business is owned and operated by a living, breathing human being.” He explains that small businesses suffer from a completely different set of problems compared to larger corporations because owners usually have much more at stake personally. They can easily fall prey to burnout because of all the roles that they must play, and they are more easily affected by even small financial setbacks. “It’s life balance and cash flow,” Koch says. “Those are probably the two biggest issues for small business.” In order to avoid the burnout that would inevitably come from working 16-hour days, Koch advises small business owners should “hire good people around [them], and to delegate. Not surrender, delegate.” He finds that he can’t related to the popular notion of an entrepreneur who sacrifices his personal life for success. “Anyone who says ‘I haven’t had a holiday in five years,’ they don’t get my admiration—they get my sympathy.”

When it comes to the issue of scalability and whether or not small business owners should consider planning for future investment or sale, Koch believes that this should be a feature of any business from the beginning. “You should run your business as if you’re going to sell it, every day of the week,” he says. Many of his early successes involved selling his media properties to larger corporations, and then using the funds to move onto new endeavors.

Another one of Koch’s major areas of interest is business web strategy, which he works on through his brand KBB Digital. “The secret [to digital marketing] is finding the right supplier and one that will work with your business,” he explains, “and understand[ing] how it operates, and the market you need to get to.” The most powerful aspect of web marketing, according to Koch, is how it can be targeted to the right audience. He advises that small businesses should make heavy use of modern digital marketing strategies. “The days of hoping that someone will find your website and get the information are long gone. You need to have a digital strategy that represents what you offer online and then drags people back to your online assets. Think of it as your online salesperson.” Finding a targeted, ideal customer that one can sell to for a lifetime should be the end goal, according to Koch.

It is precisely this capturing of new customers that is often a struggle with small businesses, however. To ease one’s way into the minds of potential consumers, Koch says that content marketing is a modern, effective strategy, but that ultimately the actual deal is closed only when a business is willing to forge a personal relationship with its customers. “It all boils down to the human being.”

These are all major lessons that Koch has learned over the years through both experience and a tendency to surround himself with highly successful individuals. He notes that the most successful people in business are those who are very passionate about what they do, but who still recognize the human element. Most importantly, he insists that the path to success requires appreciation for others. “[Successful business owners] build really good people around them and they’re not stingy in rewarding them.” Even when it comes to clients, Koch notes that a major advantage that small businesses have over corporations is the ability to make deals more personal. “[Customers] want to know who is representing their interests and build a relationship. And successful business owners actually do that.”