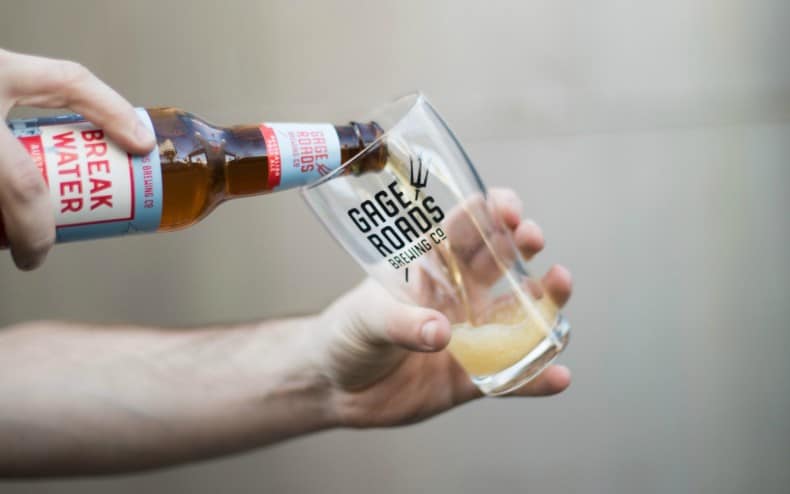 Gage Roads Brewing Co. Ltd (ASX: GRB) (“Gage Roads” or “the Company”) will today lodge a prospectus with the Australian Securities Exchange (“ASX”) for a fully underwritten non renounceable entitlement issue and an institutional placement to raise $10.1 million (before costs).

Under the proposed transaction, eligible Shareholders will be able to apply for 4 Shares for every 5 Shares held by those Shareholders registered at the record date at an issue price of $0.025 per Share (“Offer”).

The Offer will be complemented by a placement to institutions of 63,900,000 Shares, also at the issue price of $0.025 per Share, under the Company’s current 15% placement capacity to raise approximately $1.6 million (“Placement”).

Funds raised will be applied to buying back and cancelling, subject to Shareholder approval, Woolworths Limited’ (“Woolworths”) 23.5 per cent stake in the Company at an agreed price of $0.015625 per Share. This will provide the Company the independence necessary to pursue its five-year operational strategy, ‘Returning to Craft’ (investor presentation attached).

The balance of the funds will be used to pay down $4.7 million of existing debt, materially de-leveraging the Gage Roads balance sheet, and providing the required working capital and financial flexibility to successfully deliver on the Company’s strategy. Refinancing of the remaining $5 million of debt facilitates the removal of Woolworths as guarantor of the Company’s remaining debt.

The transaction also allows up to 38 of Gage Roads’ key management and employees to invest alongside institutional and retail shareholders and puts into effect an incentive plan that aligns with annual EBITDA targets and tenure conditions for financial years 2017 through to 2021.

Gage Roads Managing Director, Mr John Hoedemaker, said: “The proposed transaction gives our shareholders, and the Gage Roads management team, the opportunity to buy back the brewery and return Gage Roads to its founding ethos and heritage of being an independent brewer of high quality craft beer.

“We launched the new five-year operational strategy earlier this year, underpinned by the rapidly growing demand for high quality craft beer in Australia. The final piece in rolling out the strategy was achieving independence and the proposed transaction, we announced today, gives Gage Roads that flexibility and capacity.”

Strategy Overview and Transaction Rationale Gage Roads’ revised strategy “Returning to Craft” is focused on growing its proprietary craft beer portfolio and the production of consistently high quality, higher margin products. Gage Roads is one of the largest independent craft beer brands in Australia and the only brewer currently listed on the ASX.

Integral to the Company’s strategy is building a greater awareness of its brands through the expansion of its national sales and marketing team. The Company has a coordinated plan to open up opportunities for consumers to trial its products and engage with the Gage Roads brand values and ethos, through hotels, pubs and retail outlets nationally.

Since 2009, Woolworths has been a major shareholder of Gage Roads, providing production, supply and distribution support to the Company, and access to up to 25 per cent of the total beer market in Australia.

Gage Roads will retain the continued support of Woolworths via the recently executed three-year extension, with a further two-year option, of its supply and distribution agreement with Pinnacle Liquor Group Pty Ltd, a subsidiary of Endeavour Drinks Group (formerly Woolworths Liquor Group), as announced in May 2016. Over time, the supply agreement with Pinnacle sees the Company slowly un-wind the volume of contract production as we aim to replace that volume with growth of our proprietary brands.

The proposed buy back of Woolworth’s shareholding in Gage Roads is aligned with the Company’s commitment to growing its in-house brands, lessening its dependence on the contract brewing of mainstream beers and opening up distribution channels of its products to the remaining 75 percent of the Australian beer market.

The proposed Transaction will provide Gage Roads with the ownership structure and financial flexibility, through materially lower debt and an improved working capital position, to successfully deliver upon its “Returning to Craft” strategy.