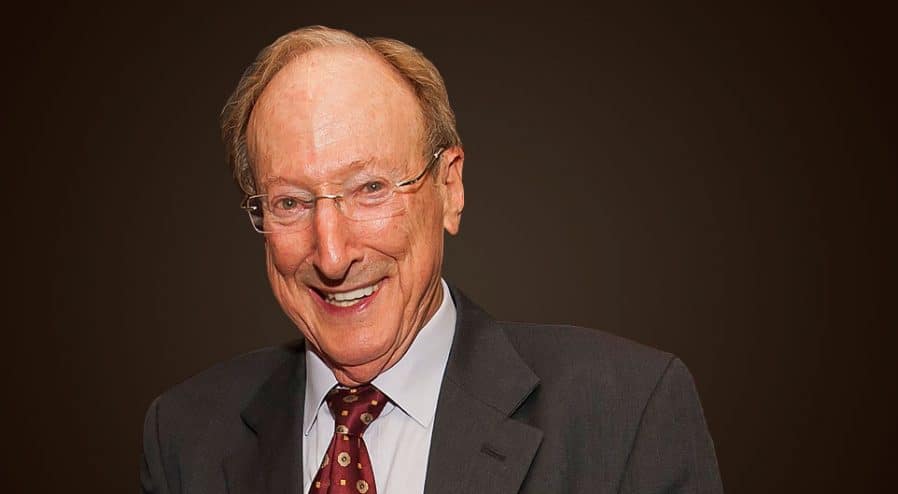 Ideas have consequences, particularly when applied to the study of liberty. This is the story of how an idea of HRH Prince Philip had many major consequences, among them being the creation of Mannkal Economic Education Foundation.

In 1956 HRH Prince Philip, a keen observer of industrialisation and its effect on individuals, realised that the three main community sectors (industry, trade unions and government) were not talking to each other. He devised a plan to select 100 potential leaders from each of these three sectors and ‘lock them up together’ for three weeks. This way, he felt that life-long bonds would be forged between warring parties and the benefits would become obvious during subsequent years.

He taught us how to ask questions by reminding us that, the first time we ask anyone a question, we will only receive a polite answer. This is because they are unsure if we really want to know. The second time we asked that question they will take us slightly more seriously and again give a partial answer. It’s only on the third time when we ask the same question, still being polite, that we will really get inside their mind and once they realise how serious we are they will open up and give us the true story. HRH Prince Philip said: “That’s the answer I want you to bring back to me, fully refined and fully focused.”

He recognised that a single approach doesn’t suit everybody. “We can bring our children up by the book as long as we use a different book for each child,” he said. He asked us to think and speak as individuals and not just be a spokesperson for any organisation or government. He told us to get over our great Australian distrust of excellence.

These were the two points that he wanted to leave us with. Firstly, that we should come to our own conclusions and act as an individual to avoid what is now termed ‘group-thinking’. He’s so focused, on individualism, that when he invited us to the Buckingham Palace 50th Anniversary Reunion he said: “… and you can’t bring your wives or partners because I’m not bringing mine.”

His secondary message was always: “Don’t be afraid to excel and be the very best person you can possibly be.” He commented that our grandfathers described themselves as being the last generation of untrained managers but when we meet the managers of the future, we will realise that our grandfathers may have been referring to us.

Known for his ‘zingers’, HRH Prince Philip has a way with words. While in Australia with us he marveled at “corri-bloody-gated iron roofs” on houses and enjoyed the notion of “wowsers”, or people who weren’t willing to do their bit. Travelling around Australia with HRH Prince Philip in 1968 we picked up many words of wisdom from the Prince himself. He told us: “the rate of change made it more important to teach people how to think rather than what to know”. He saw the problem of obsolete teachers and itinerant teachers. If only our educational system, then and now, followed his advice. He described governments as moving “with the fleet-footedness of a centipede with arthritis of the legs”.

He commented that some of our politicians should keep their wisdom to themselves.
In 1968, HRH Prince Philip was ahead of his time with many of his words still ringing true today. He said: “Ideas are coming into Australia from the young people and unfortunately there is a time delay before they permeate through to the old. Don’t leave the change too long. Be tolerant but not permissive with our young. They are as much the children of their age as we were of ours.”

These comments, and the study tour itself, were behind my inspiration to set up our Mannkal Economic Education Foundation.

The logos of both Mannkal and Mannwest, feature a conveyor belt containing either material or ideas as part of the crushing, sorting and refining process.

Mannkal’s strategy incorporates the economic philosophy of the Foundation for Economic Education (FEE). In 1952, when I was 16 years old I connected with them. We have put these thoughts and actions through our ‘corporate crushing, screening and refining process’ and our ‘output’ is smart, questioning and useful young West Australians (over 1000 so far).

Within Mannkal, young people are interviewed and selected for events that will expose them (many, for the first time) to economic and political philosophic principles that promote the virtues of individual responsibility (which is difficult) as opposed to the (easier) alternative of ‘living off’ the efforts of unsuspecting taxpayers, many of whom are less well-off than the recipients of handouts.

This leads these young people to studies into the (often unintended) long-term consequences of many of today’s short-term legislative solutions and policy proposals. Ideas have consequences, particularly when applied to the study of liberty.

Liberty. It’s a simple idea, but it’s also the linchpin of a complex system of values and practices: justice, prosperity, responsibility, toleration, co-operation and peace. Many people believe that liberty is the core political value of modern civilisation itself, the one that gives substance and form to all the other values of social life.

In this year of Mannkal Foundation’s 20th Anniversary, the momentum is building to the point where it is taking me away from my life-long involvement in mining and management and I look forward to writing a similar letter to that written in 2006 to Study Conference attendees by HRH Prince Philip. I’ll write that letter, in 30 years’ time, requesting that Mannkal Foundation scholars might like to contribute to a 50 year commemorative book. Just as we did, with this book, to mark the significant achievements of the Duke of Edinburgh’s Commonwealth Study Conferences.

I think it is appropriate to drink a toast to the continued good health of HRH Prince Philip.

Ron Manners is the Managing Director of the Mannwest Group. He is a Fellow of both the Australasian Institute of Mining and Metallurgy and the Australian Institute of Company Directors. His contributions to industry and Australia have been marked by several awards including being elected as a ‘Mining Legend’ at the 2005 Excellence in Mining & Exploration Conference in Sydney. In 2010 Ron was appointed to the Advisory Council for the Atlas Economic Research Foundation, Washington, DC.