Leveraging Legal Leadership: the general counsel as an influencer of corporate culture 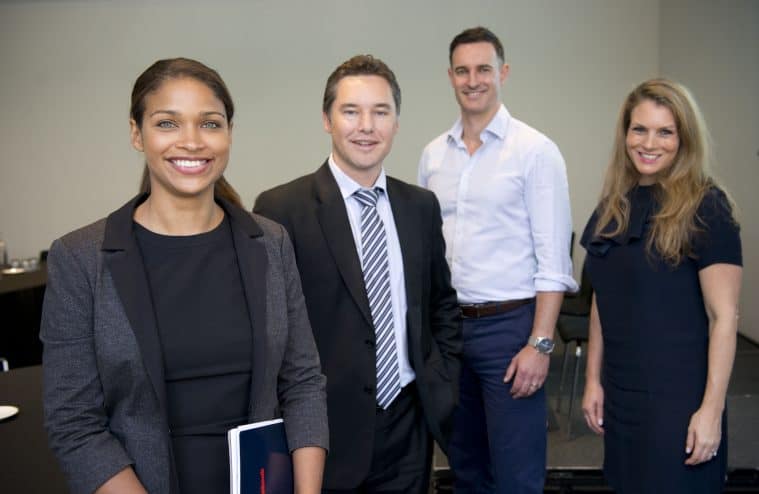 Within the Australian business sector, the role of general counsel or chief legal officer, continues to evolve from what was once a purely legal advisory position to one of organisational wide business strategist and one that encompasses an increasing number of roles simultaneously. Today’s general counsel are more strategic in focus, more connected to other corporate departments and operating units and more involved in assuring the legal, ethical, and reputational integrity of their organisations.

The reporting structure of the general counsel position is an important indicator of the influence of the legal department. General counsel who report to the CEO are more likely to be involved in critical business decisions and strategic planning efforts, increasing the likelihood those decisions and plans will take into account legal and regulatory risks. Today’s general counsel need to be highly adept in translating complex information into simple concepts, demonstrating active listening skills and applying strategic thinking.

The ACC Australia 2017 Benchmarks and Leading Practices Report reveals that 50% of heads of legal report directly to the CEO or equivalent. A slight increase from 47% reported in the corresponding 2015 report. The 2017 report further reveals that 28% of general counsel report to a person that reports directly to the CEO or equivalent, again a slight increase from that reported in 2015.

Though it’s apparent that the role of the general counsel is rapidly evolving, the ascendancy of the position to the leadership table has not been as pronounced. When the general counsel has a seat at the CEO’s leadership table, it sends a signal to the organisation’s stakeholders (internal and external) that ethics, compliance, and other legal risk considerations are a top priority of the company. However, general counsels with an executive role must be vigilant in maintaining the delicate balance between that position and their duties to the organisation as their client.

A direct reporting line between the general counsel and CEO is important to corporate culture as a reflection of the “tone at the top,” and through which the CEO sends a powerful message that business decisions are made with appropriate consideration of the ethical, legal, and reputational impacts. It also says something about the CEO: that input from legal is valued, and that the CEO’s vision for the organisation prioritises ethics and integrity. The ACC Chief Legal Officers 2017 Survey highlighted that general counsel who report to the CEO were much more likely to say that the executive team “almost always” seeks their input on business decisions.

It is also important for organisations to develop a culture where in-house counsel are regularly consulted in decision-making at levels below the general counsel, to ensure that legal and risk considerations are taken into account as new products, services, or business practices are developed. Pre-decision consultation at all levels helps the legal department fulfil its preventative role within the organisation too.

As the value and influence of the legal department rises, 21st century general counsels are taking on a more significant role in providing business and strategy guidance at the business and executive level. As an executive, general counsels are also taking on more non-legal responsibilities that include governance, company secretary and compliance.Indeed, there is a trend toward consolidating control of some of the corporate functions that address these legal-adjacent issues within the legal department.

For example, the ACC Law Department Management Report highlighted that the legal department often oversees the government affairs function (44%) security (23%) public policy (21%) and communications (19%). Even if the general counsel is not directly responsible for these matters, management should proactively seek the advice of the general counsel on these issues. The legal department cannot be excluded from decision-making on such matters if an ethical culture is to thrive.

Much of the general counsel’s value when it comes to supporting a strong corporate culture stems from the fact the legal department’s metric for success is not the company’s quarterly performance. The general counsel promotes ethical behaviour and integrity in corporate decisions by taking the view that short-term gain is not worth compromising long-term sustainability. This perspective can be important to informing what a company considers ethical. Experts consider corporate culture to be the intangible framework meant to navigate individual and organisational behaviour through grey areas. With their legal background, ‘grey areas’ are spaces that good general counsel can help an organisation to navigate especially in situations where laws, cases or regulations fail to offer a ‘bright line’ rule.

A company that leverages its general counsel and legal department to fill in those grey areas, both within and beyond the legal context in a manner that promotes ethical practices and compliance with the law helps solidify an overall corporate culture that emphasises those characteristics and values. On the other hand, when the general counsel is not empowered in such a manner, business units may fill in those grey areas in a way the maximises short-term returns over the longer-term interests of the company, and compromises the organisations’ desired ethical culture.

A strong general counsel can establish the practices that reinforce a corporate culture that values ethics and integrity. But this value can only occur if the general counsel is properly situated within the company, and the legal department has interactions with the organisations’ business units.

A management team that marginalises the general counsel and the legal department not only loses out on this risk-management perspective, but also sends an organisation-wide message that legal risk, ethics and compliance are not taken seriously.

As the business community faces increasing regulatory complexity, stakeholder activism on social licence to operate issues and an increased focus on corporate culture, ensuring an organisation has an empowered, strong general counsel and legal team is becoming an essential part of the modern business landscape.

About ACC and our research

The Association of Corporate Counsel is a global bar association that promotes the common professional and business interests of in-house counsel who work for corporations, associations and other private-sector organisations through information, education, networking and advocacy. We anticipate and understand the needs of the in-house bar; help members deliver services to their corporate clients efficiently; promote the value of in-house services; influence the practice of law as it affects the in-house bar; and deliver a mix of relevant, timely services including information, education, networking and advocacy.

With more than 43,000 members employed by over 10,000 organisations in 85 countries, ACC connects its members to one another and to the people and resources necessary for their personal and professional growth.

The ACC Chief Legal Officers 2017 Survey is the largest global study of the challenges facing chief legal officers and general counsel in corporate legal departments. It incorporates the insights of nearly 1,100 general counsel in 42 countries.