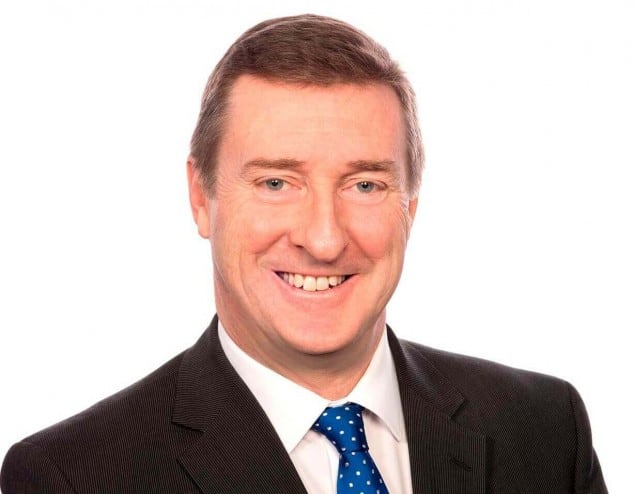 Sydney-based medical device firm OncoSil Medical (ASX:OSL) has spent the last 3 years developing a revolutionary product in the field of cancer treatment. The device, known as OncoSil™, can be implanted directly into pancreatic or primary liver cancers and is just a few steps away from being taken to market.

Having worked for 30 years in the fields of Research & Development and Sales, Daniel Kenny brings a wealth of experience to his role as CEO of OncoSil Medical, a position he took up at the start of 2015.

“Before joining the pharmaceutical industry,” Mr. Kenny says, “I had ten years of clinical research in Australia, in the fields of ophthalmology and HIV research, at both the university of Sydney and the University of New South Wales.”

After these years of research Mr. Kenny found employment with global healthcare giant Roche, first as Country Medical Manager and afterwards as a Global Life-Cycle Leader in Switzerland, before moving to Roche UK as Pharma Director.

After Roche, he went on to work for Baxter, taking up the role of Vice-President of Bio Science Europe before moving to Vienna to work as Global Head of Baxter Vaccines.

After several years at Baxter, Mr. Kenny moved to Paris to work as Chief Commercial Officer for Abivax, a French biotech company specialising in vaccines and antiviral drugs.

“I was approached to join OncoSil whilst I was based in Paris,” Mr. Kenny explains, “and I saw it as a fantastic opportunity and a very good reason to return home after all those years away.”

When asked about the importance of global experience in terms of his current role, Mr. Kenny is clear that his background is a key factor in his continuing professional success and the development of OncoSil Medical:

“Leveraging that international experience at Roche and at Baxter in particular,” he tells us, “allows me to know how to develop a small biotech, get the device through R&D, through licensing and then to subsequent commercialisation.”

Mr. Kenny knows that, once a product, device or drug is licensed, understanding the nuances of commercialisation in any given geography is paramount to its success: “No customer is the same,” he adds, “and no market is the same.”

The ultimate user of the OncoSil™ device is the patient, those with either pancreatic or primary liver cancer, but ultimately it is the clinician who takes up the adoption of the device, and must first be convinced of its benefits.

“The real dialogue around the use of the device is with the physicians, so the hospitals… in some markets you need to talk to a medical oncologist, a radiation oncologist and in some cases a surgeon, or all three to get that clinical buy-in.”

The way the device is promoted and sold can therefore vary greatly from country to country, and even region to region, lending further weight to the importance of the kind of global experience Mr. Kenny is able to draw upon.

“At the end of the day,” he adds, “it’s about getting, and securing appropriately, the clinical adoption of the device by a myriad of oncologists and surgeons.”

A further consideration in the process is that of reimbursement, an area in which Mr. Kenny feels he his international experience will again prove useful, as he is able to assess how best to negotiate a figure in any given region.

“That’s the beauty of coming home,” Mr. Kenny tells us, “because I’ve got a chance now to establish a unique piece of technology, based in Australia, but take it globally.”

After many years working for large global companies, Mr. Kenny was attracted to a company of OncoSil Medical’s more modest size by the sheer potential of the OncoSil™ device itself, which he describes as “clinically de-risked.”

After a very successful R&D program, the company is now at the stage where it can take the device into development, through the final phase of registration and into commercialisation, initially in Europe, with the eventual aim of taking it to the US.

The device is comprised of radioactive silicon phosphorus micro particles, which are implanted directly into the tumour, offering a radically different method of localised radiation treatment. OncoSil Medical is the only company currently developing a device of this kind.

In traditional oncology treatments, patients are given chemotherapy drugs to attack the tumour, and this treatment is in many cases combined with external beam radiation to try and tighten, shrink and stabilise the tumour and stop it from growing.

“In essence, OncoSil™ is all about what we call brachytherapy, using short distance high energy radiation to irradiate the tumour, but in this case, rather than going through the body with an external beam, it’s directly implanted or injected.”

Mr. Kenny prefers to regard the process as an implantation, as rather than injecting any kind of substance, the device is directly implanted into the tumour, where it will stay for the life of the device.

“You’re delivering a much higher radiation dose directly to the tumour… without the external beam collateral damage to other organs and tissues that may prevent a higher dose being delivered.”

Mr. Kenny describes the process as relatively “quite simple,” the beauty of which is the combination of the internally delivered radiation with chemotherapy to create synergy between the chemotherapy drugs being used and radiation.

“In pancreatic cancer,” Mr. Kenny explains, “patients are maybe given one or two Gy [the unit measuring radiation] per day for up to 5-6 weeks. Patients struggle to cope with that, to achieving a cumulative dose of 50 Gy.”

The benefit of the OncoSil™ device is that it stays inside the tumour, meaning 100 Gy can be delivered continuously over twelve weeks, in some cases offering a 50 to 100 times greater dose on a daily basis than that delivered by external beam therapy.

“The patients can tolerate this very well, because the radiation is limited to just the tumour. It stays within the tumour, it doesn’t leak out and it doesn’t spread beyond the confines of the tumour boundaries.”

“Today, external beam therapy is highly targeted, but it is difficult to deliver very high doses because there are other healthy tissues that basically are also irradiated… it’s going through other tissues to reach the target.”

Though OncoSil™ is still in development and yet to pass the final stages of approval, Mr. Kenny is confident the four clinical studies the company has run highlight the device’s significant benefit when used in conjunction with chemotherapy.

“Our device is meant to be used in the first line adjuvant setting, so used in conjunction with chemotherapy to have an impact on these tumours, to stabilise these tumours, stop them from growing… and [offer] improvement in survival outcomes.”

After it is implanted into the tumour, the device stays in situ for its whole lifespan—it is never removed. The device remains radioactive for approximately 90 days, after which it ceases to be radioactive.

In 2013 the Intellectual Property Rights protecting OncoSil™ were owned by pSiMedica Ltd, a subsidiary of pSiVida Corporation. PSiMedica assigned this IP to a UK company called Enigma Therapeutics Ltd. ASX-listed NeuroDiscovery Ltd acquired 100% of Enigma in 2013, before changing its name to OncoSil Medical Ltd in 2013.

Today the company is ASX listed, with the expectation of getting European approval—the CE mark—which will allow the company to commercialise in Europe and across other geographies, including Australia.

OncoSil Medical remains a modest but fast-growing company, employing a staff of 12, but also benefiting from working with advisory boards and experts. During 2015 it has grown to include a manufacturing group, a regulatory group and a medical department.

“It’s an exciting time,” Mr. Kenny tells us, “to take all that R&D and move forward into final regulatory approval, and then to start to commercialise the device.”

The four clinical studies undertaken in the process towards commercialisation—conducted first by pSiMedica and latterly by OncoSil Medical—have helped the company reach the regulatory approval phase, which it is now actively in.

“You need to get European approval. Many geographies throughout the world, including many Asian markets and Australia, New Zealand and Canada, recognise the CE mark or the European approval for such a medical device.”

“OncoSil™ is considered to be a Class 3 implantable medical device, which is radioactive. With that approval we can then commercialise in all those geographies that I’ve just mentioned.”

The US market requires some additional studies, which OncoSil Medical is currently engaged in. Once concluded, the company will be ready to file for FDA approval under the pre-market authorisation process.

“There’s many years of work that has to be done,” Mr. Kenny says, “multiple studies done, to demonstrate the efficacy and safety of the device, and also to show that the device has a robust design.”

In addition, the company must show that it is capable of manufacturing the device effectively and reliably to meet the design specifications.

Mr. Kenny stresses that the production and testing of such a device is a lengthy and expensive process, estimating the total cost at about $40m between all involved parties to reach the current stage.

OncoSil Medical’s current patent coverage extends to 2025 in all relevant geographies, but the company is confident it can work towards patent extensions, possibly through device design modifications.

Mr. Kenny believes the chances of experiencing significant market competition are slim, as the device is innovative and difficult to manufacture, making it tough for competitors to create a comparable product, even if the patent does eventually expire.

The company has now submitted documentation for the CE, including the filing of the design dossier for registration, and the completion of all clinical studies. It expects to get regulatory approval for OncoSil™ by October or November of 2015.

Companies often use the CE mark in order to reach the same end goal, that of maximising global commercial opportunities. OncoSil Medical has followed this path for a variety of reasons, but particularly because of its area of expertise.

In the US around 45,000 new patients are diagnosed every year, so there is little doubt about the size of the issue. OncoSil Medical has identified the largest population of new patients in the world, the EU, in order to maximise the potential of the device.

Being in the final stages of regulatory approval means the company is close to tapping into these markets and introducing OncoSil™ to patients in need of cancer treatment.

“Ultimately [we want to] try to make a difference for those patients that are affected by liver and pancreatic cancer,” Mr. Kenny says.

This OncosilMedical business profile has been made possible by the generous support of:
PKF Accounting, Financial and Business Advisory