P&N Bank: Harnessing the Power of & 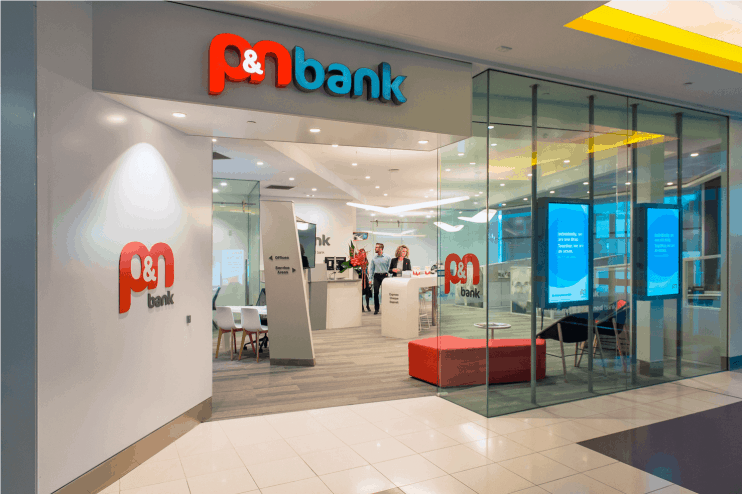 Western Australia’s P&N Bank is the state’s foremost customer-owned bank. After the Global Financial Crisis, and experiencing a period of stagnant growth and performance, the company appointed Andrew Hadley as CEO in an effort to reinvigorate the business.

“I worked my way up through the sales ranks initially, and went on to lead the branch network, contact centres and all the member-facing aspects of the business. I was then fortunate enough to have a stint running their subsidiary companies and back office operations.”

In his final role with CUA, he was responsible for strategy and marketing. Over twenty years with the company, he was afforded several excellent opportunities to see exactly how the business worked. In 2012, he left the company to try his hand at something new and challenging.

“I spent about 6-8 months in management consulting,” Mr Hadley says. “I then subsequently took up a role with CGU, who are part of the IAG group, and enjoyed what was a relatively brief stint in a different industry, in insurance.”

In early 2014, the opportunity arose to join P&N Bank. Mr Hadley acknowledges that most of his professional life had been based around customer-owned banking. He understood the kind of challenges that the bank was facing, so he was seen as the best candidate to take the bank on the next phase of its journey.

P&N, known as Police & Nurses Credit Society until 2013, had previously been one of the more successful financial institutions, but like many others, it had seen its growth stall after the GFC.

“Certainly, in the two or three years prior to my starting,” Mr Hadley explains, “there hadn’t been a lot of growth in the balance sheet. So I think the board recognised it was time for a change, and I was obviously delighted when they asked me to come on board.”

P&N Bank is now one of the top ten customer-owned financial institutions in the country, the largest customer-owned bank in Western Australia, and offers a full suite of retail banking products, with about 90,000 active members and assets of $3.7 billion.

“We operate predominantly in the Western Australian market,” says Mr Hadley, “and have a network of 15 branches. We operate a locally-based contact centre here in Perth, and are part of the second largest ATM network through rediATM.”

Mr Hadley realised early in his tenure that growing the business would be an essential part of his agenda as CEO. In the first few months of the job, he set about implementing several key projects to begin driving this growth.

“First and foremost was to understand the brand, and what it stood for. Beyond that, we needed to put in place a new five-year strategy, and the third and very important part of it was being very clear about what our customer value proposition was.”

These important changes helped P&N become one of the fastest growing banks in Australia, a journey that began with brand understanding, recognising what differentiates P&N from the country’s four major banks, or one of the many other customer-owned banks.

Mr Hadley admits he was always confident that growth would come, and spent a long time ensuring the bank was equipped to handle this growth by having the appropriate platform in place to do so.

“Within our strategic plan,” he says, “one of the three key themes is around improving organisational effectiveness, and we certainly spent the best part of the first twelve months focussed on that area.”

These developments included process improvements, upgrades to lending platforms, investment in leadership capability and talent management, and a lot of work around risk, essentially transforming the existing culture of the bank.

“Our leaders were re-educated in how to have quality coaching conversations. Our staff in the branches were trained and educated on how to have a needs-based conversation with the customer, and we saw some phenomenal success stories.”

This success could also be seen in the improvement of more than 200% in process efficiency. This growth in efficiency is often looked at in terms of loan processing capabilities, essentially the volumes processed per FTE and the improvement in service level agreements.

“There was a raft of decisions that we made in relation to process and policy, and the end result [was] we were able to process a lot more loans a lot quicker than we had in the past, and ultimately it’s our borrowers who are the beneficiaries of those enhancements.”

Towards the end of 2014, P&N launched its Internal Brand Belief, an initiative designed to outline exactly what the brand stands for. The following 12 months were spent working on a Member Value Proposition and how to take it to market.

“The brand is fundamentally premised on the notion of people being stronger together, and that the power of the collective can enhance the value of an individual. So in the end, we opted for a platform that we know as ‘The Power of &’ to take our member value proposition to market.”

There are four pillars that the bank focusses on.
“[These are] people, product, place and presence. Early on in the piece the focus was very much around the product and presence aspects. We knew we needed to simplify the products, and we undertook research to understand what that looked like.”

This research resulted in the creation of the ‘& bag’ product line, beginning with a very competitive home loan that included a platinum credit card offering at the same low rate. The Home Loan & Bag has gone on to be very successful for the bank.

“The research clearly told us that one of the things that consumers did not like was the notion of being forced into product bundles, so we deliberately didn’t do that, and in essence pulled together a list of attractive features that people could opt in or out of.”

The bank’s brand belief and Power of & Platform form the basis of decision-making across the business.

“You see evidence of that through a number of the initiatives that we’ve created like our ‘Helping &’s’ community giving programme’. It’s early days, [but] we’ve certainly seen a huge uplift since we launched ‘The Power of &’ back in October 2015.”

The campaign, recognised at the 2016 AB+F Retail Banking Awards as Campaign of the Year, began with a series of TV advertisements, along with the recognition that the bank needed to explain the concept to consumers before it would connect on a level where tangible results could be seen.

“We then moved into a phase where we began to own ‘&’ and we did that through our product ‘& bags’, and we’re moving into the final phase of the campaign now, which is very much about ‘Living &’.”

Customer satisfaction and brand trust are two elements high on the agenda at P&N. In fact, Mr Hadley says, all customer-owned financial institutions of their kind are renowned for high levels of customer service.

“P&N was recognised as Bank of the Year by Roy Morgan in terms of Customer Satisfaction back in 2014 and we continue to often top the monthly table since our rebrand,” he says. “We also enjoy world-class Net Promoter Scores [NPS], which are measures of customer advocacy, so we know we’re getting that right.”

Winning the Roy Morgan Bank of the Year award, an independent survey which is conducted on a monthly basis to around 23,000 respondents, has proved that P&N has something that many of its competitors don’t.

“Off the back of that,” Mr Hadley explains, “[Roy Morgan] clearly get some good insight, not just into financial services, but into a whole host of different industry measures. So, to get that independent validation was really important to us.”

The award highlighted the extensive changes implemented by Mr Hadley on his appointment to the position of CEO, and was therefore a good barometer for how well those changes had performed.

“Whilst we had seen positive increases in terms of NPS, it was just nice to have that independent assessment. It was not only beating the big four banks, and the various regional banks, but all the customer-owned financial institutions at the same time.”

This connection to the customer is integral to the business, and Mr Hadley is adamant that P&N would never consider outsourcing or offshoring its customer facing functions. “We have about 35 to 40 people based in our local contact centre here in Perth,” he says.

Likewise, the access P&N provides its customers to ATM services by partnering with rediATM, although a relatively small part of what the bank does, is nevertheless further indicative of a customer-first approach.

What that means for P&N is, it doesn’t matter whether our members are in Perth, or travelling out of state, they can go and use any machine in the rediATM network without having to pay to do so.

An important part of the bank’s overall value proposition is the impact of its community initiative, making sure that the ‘presence’ pillar of its strategy provides great representation in the local area.

“Being the locally-owned bank here in Western Australia, we have a social license and social responsibility as well, and we wanted to make sure that we were giving back to the community, so we put in place what we refer to as our ‘Flourish Foundation’.”

This project incorporates a number of different initiatives, beginning with a community-giving programme known as ‘Helping &nds’, which sees the bank’s members and staff nominating the groups and individuals who receive support together with members voting on the group outcome.

“We’ve [also] put in place a volunteering programme which we call ‘Flourish at Work’, where our staff actively get involved in community activities, and whilst that’s only about six months old, we’ve already had in excess of 25% of our staff participate.”

In addition, the bank fosters a number of community partnerships, supported through the ‘We Champion’ programme, celebrating worthwhile causes the bank feels particularly passionate about.

“The final aspect is what we refer to as our ‘Member Moments’, and that’s a relationship-based platform where we take the opportunity to recognise things that are happening in a very timely manner with our individual members. That could be, somebody’s been ill or has had a significant life event that we can respond to.”

Even though it is still early days for many of these initiatives, the bank views community as critical to its success, and as such the ‘Flourish Foundation project forms an integral part of P&N’s strategy going forward.

“The third and final strategic focus for us is around partnering for growth. With digital technology at the forefront of the future of banking, we recognise that we are, relatively speaking, a smaller financial institution, and therefore can’t build everything ourselves. So where it makes sense to do so, we will look to partner with like-minded institutions.”

These partnerships might include shared investments, or realising economies of scale, and have been formed with many different institutions, not just those in the financial services sector.

“We partnered with another credit union to create our new website,” Mr Hadley explains, “which was a project that in our own right would have taken in excess of twelve months. We managed to get that to market in four.”

Similarly, P&N has been an early adopter of the e-settlement platform, and continues to be involved in various conversations where opportunities are presented to partner with other institutions that will offer some benefit.

“That sums up what we refer to as our strategic plan,” Mr Hadley says. “It is relatively simple and straightforward, and it’s deliberately that way, but clearly from the results we’ve seen, particularly over the past eighteen months, we think we’ve got the messaging right.”

Find out more about P&N Bank  by visiting www.pnbank.com.au

This P&N Bank business profile has been made possible by the generous support of: