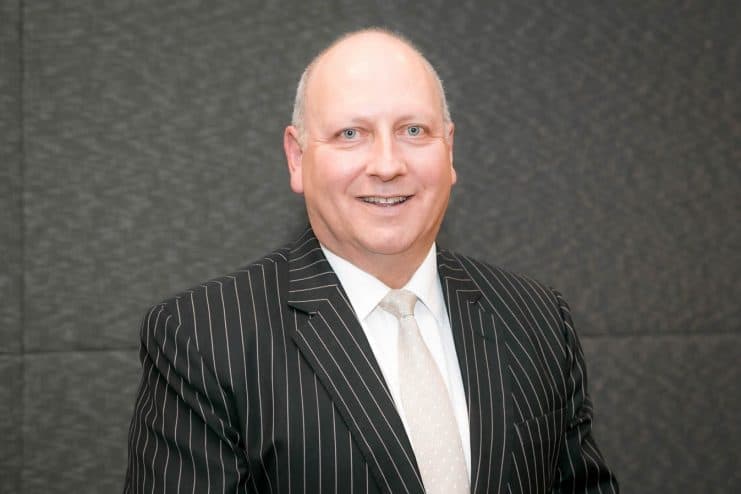 Director David Gandolfo spoke recently with The Australian Business Executive to explain Quantum’s position as a partnership of experts in the field, valuing outcomes and delivering an incredibly high standard of finance broking.

After leaving university in the 1980s, Mr Gandolfo was drawn to asset finance after a conversation with Peter McAdam, one of the foremost brokers in Melbourne at the time. He immediately went on to get a graduate traineeship in the industry.

After a few years, Mr Gandolfo found himself doing business with Mr McAdam in his new role in the industry. By 1985 Mr McAdam had made an offer of employment, and his career in finance broking began.

Thirty years later, Mr Gandolfo has amassed vast experience in asset finance. This experience has led to his roles as President of Commercial Asset Finance Brokers of Australia (CAFBA) and the Deputy Chair for the Council of Small Business.

“I’m very community-minded,” Mr Gandolfo explains. “If there’s an improvement that you can make, if there are things that you can see that are going to benefit the industry and its members, then it’s incumbent upon you to do that.”

CAFBA was formed in 2008 as a result of Mr Gandolfo and his industry colleagues knowing they needed a national body with which to attend and influence meetings that would have a significant impact on the industry.

“At its core, [CAFBA] provides minimum membership standards to its members. We have kept commercial finance outside of consumer credit regulations, and that hasn’t been easy, because of the distinctions we constantly need to make to regulators. We are primarily dealing with businesses and business owners, and not with vulnerable consumers.”

Through its rigorous procedures, CAFBA has succeeded in professionalising the industry, removing any poor operators previously practicing, and focusing on the 80/20 rule in removing companies who weren’t up to industry standards.

The Australian asset market has, at any one time, about $100 billion in receivables, in the form of loans that are on the books of banks and finance companies. Brokers and intermediaries hold about 68% of the market. These are the people CAFBA represents.

“When I started in this business a long time ago,” Mr Gandolfo says, “I had to explain to people what it is that a broker does, because people weren’t used to the concept of dealing with an intermediary or a third party.”

Mr Gandolfo’s professional focus is on providing clients the best possible outcome on the best possible terms, and he thrives in face-to-face dealing with business owners. His strength lies in the quality of service, and this is what attracts customers to Quantum.

Quantum was formed ten years ago by its four directors, one of whom was David Gandolfo. At the time, Mr Gandolfo was working for another company as an Executive Director, running the equipment finance department with another Quantum co-founder, Luke Silk.

The idea was not to spend time recruiting trainees and people starting out in the industry, but to build a firm of experienced, A-list brokers regarded by the market as the very best at what they do. The result was Quantum Business Finance.

“Quite unashamedly,” Mr Gandolfo adds, “we are not a firm for graduates or trainees. We are certainly not a learning ground for people who are not experienced. We are a firm of highly experienced, specialist financiers.”

This basis of expertise means, unlike many asset finance brokers, Quantum has never needed to join aggregation or buying groups—schemes where a business platform is shared in terms of volume and a single accreditation with a lender covering several broking firms.

“Quantum never aggregated under anybody else, because from the beginning we wanted to be big enough to achieve that on our own. But two years ago we were approached by some regional and agribusiness broking firms who were leaving another aggregation business.

“Just like the A-list philosophy that is central to Quantum’s core,” Mr Gandolfo adds, “these were highly regarded professional firms that were a perfect philosophical and ethical fit with ourselves.”

The firms that approached the company were interested in aggregating under Quantum itself, rather than with the aggregation business previously used. Quantum agreed, meaning it became the only broking firm that also operates as an aggregator.

Quantum Business Finance now writes $450 million worth of loans annually across the whole of its aggregated business, of which about 66% is written by Quantum alone from the original broking business.

The company’s aim is to place its customers with the best lender to match specific aims. This will often take into account several different areas of finance structure to ensure needs are met, and doesn’t always equate to the bank that is offering the best interest rate.

Quantum’s job then is to negotiate the best terms, and to establish whether the deal is going to have any impact on the client’s borrowing arrangements from their own bank. Larger clients tend to have a portfolio of lenders, ensuring continuity of availability of credit.

This avoids a concentration of borrowing from one bank that could have the potential for a breakdown in relationships. In this respect it is similar to investing, where a portfolio is better spread around different parties.

“If we’re going to be good at what we do,” Mr Gandolfo says, “it’s not just about knowing the mathematics and how the banking system works. It’s understanding what your client does. I have to know a lot about manufacturing, materials handling, and a whole range of different industries that my clients are involved in.”

This need is the result of a general disconnect between banks and their customers. Quite often customers don’t understand what a bank needs in order to agree to lend money, and vice-versa. This is where an experienced intermediary like Quantum is invaluable.

“Our job is to fill that gap and provide information both ways, so that the customer understands what they’re entering into and the bank is confident enough to lend them the money in the first place.”

In covering the small business market, a lot of Quantum’s lending is done for investment in capital equipment. But Mr Gandolfo is keen to stress that the company’s client base is not just made up of small businesses.

“A lot of our customers are very large businesses,” he says. “For some of our customers the average transaction size is five million dollars, for some its fifty thousand dollars. The client base is varied.”

The range of Quantum’s clients therefore takes in both public companies and semigovernment authorities. For example, Quantum has been involved in financing a fleet of street sweepers for a local council.

A large part of Quantum’s professional responsibility to its clients is to have an awareness of available facilities and products that will solve problems that the business owner is not yet aware of.

For example, if a company is in an expansion phase and must pay for stock to be able to sell in 7-14 days to customers who will pay later, there can be a problem with cash-flow. Mr Gandolfo says, the bigger a company gets, the bigger these problems can become.

“We will identify a problem like that,” he explains, “and perhaps propose debtor funding, where the invoices that you raise are paid immediately, and as soon as the customer pays that cancels itself out.”

Debtor finance will always have a small fee attached, but it provides a company with cash-flow from day one. In this respect it is preferable to an overdraft, which can quickly become a core debt rather than just short-term.

“So debtor finance, trade finance, the ability to get your stock into your factory on terms that are not being offered by the supplier of your stock—we arrange that. Most of these things we arrange for our customers that are already our clients in the asset finance space.”

“The only way that we can win new customers,” he says, “apart from explaining to them what it is we do and being in the right place at the right time—it usually comes down to the lowest common denominator, which is simply price.”

Not only must the company therefore provide its customers with a premium service, but the service must be offered at a discounted price. Problems can arise from the fact that these two offerings are not always compatible.

“We compete directly against the banks with whom we’re introducing clients, but in order to win new customers we have to be better than, or cheaper than, whatever their existing relationship is with their own bank or broker.”

Quantum’s aim then is to win customers on price and retain them with great customer service. Most relationships will shift from price at the beginning to outcomes. Mr Gandolfo admits that this is precisely the way Quantum wants it to be.

“We’re not trying to be K-Mart,” Mr Gandolfo says, explaining the company’s approach. “We don’t offer a K-Mart service. We offer K-Mart pricing, but we offer a David Jones service.”

Some business owners will rely on their business banker instead of a broker. The average tenure for bankers is 18 months, during which time they will be responsible for a whole range of services such as overdrafts, home loans, general banking and merchant facilities.

“He or she has a very limited time to get to know literally thousands of customers,” Mr Gandolfo says, “and answer their questions about their day-to-day needs. They are sales people for a wide range of products, but their depth of knowledge is very shallow.”

By contrast, the depth of knowledge possessed by brokers like Quantum is significantly deeper. The difference is that Quantum does not sell a range of products, but is rather focused on fulfilling the commercial lending needs of the customer.