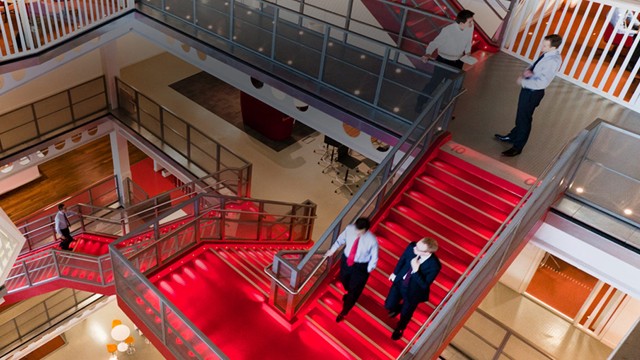 Macquarie Group has been named a top 100 employer in Stonewall’s Workplace Equality Index 2017 for the second consecutive year.

The Index, an annual audit of workplace culture for lesbian, gay, bisexual and trans (LGBT) staff, is a tool that helps organisations measure performance and progress on LGBT equality. Rankings are based on policy, staff engagement and career development.

Jumping to 51st place, up from 93rd in 2016, Macquarie has demonstrated its commitment to diversity through inclusive programmes and events, senior leader sponsorship and resources aimed to educate and support LGBT employees and their colleagues in the workplace. Macquarie also works with other financial services organisations to promote and share LGBT equality best practice, learning from and contributing to the broader community.

Over 430 employers submitted entries to the 2017 Index in total, the highest number since the Index first launched in 2005.

David Fass, Chief Executive Officer, EMEA, Macquarie Group, said: “We’re proud to be a top 100 LGBT employer for the second year in a row. Creating a truly inclusive environment, where each person can bring their whole selves to work, is paramount. We value everyone’s contribution and want to empower our people to be fully engaged in their roles, whatever their background.”

Duncan Bradshaw, Director of Membership Programmes, Stonewall said: “Macquarie Group and all those who have made this year’s Top 100 Employers list have done a fantastic job, and really do put equality and inclusion at the forefront of their work. We were thrilled to have 439 submissions for this year’s Index, one of the most competitive yet, and I would like to thank each and every organisation that took part. With your continued efforts and hard work, we will continue to work toward a world where all lesbian, gay, bi and trans staff are welcomed and accepted without exception in their workplaces.”