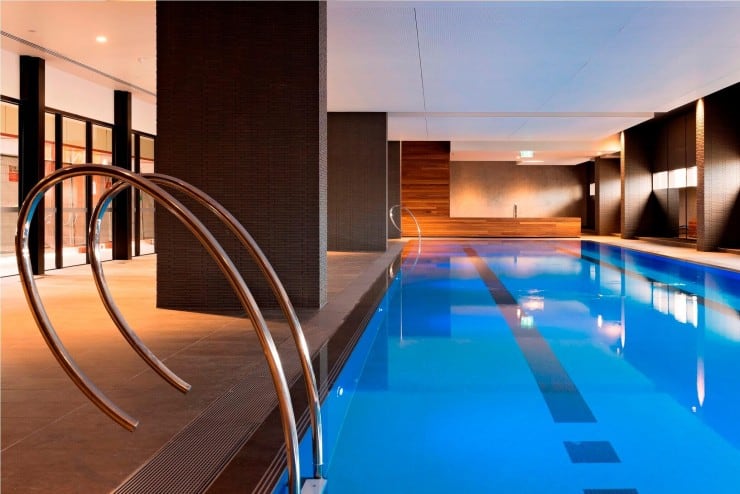 As the main business in the Terandi group, Victoria and Adelaide-based body corporate management company Strata Data has nearly forty years of experience in the rapidly growing strata industry. Australian Business Executive recently spoke with Marc Steen, COO of the Terandi Group, to learn more about the industry and Strata Data’s place within it.

Then followed a move to Europe and the completion of an MBA at the Insead Business School, just outside Paris, before a move back to Australia and New South Wales, where he worked for a number of years for Diageo at its head office in Bondi Junction.

Mr Steen held both strategy and marketing roles with Diageo before moving west to take up a position as general manager of South Australia and Northern Territory. In 2006, Mr Steen moved on from Diageo to start his own company, Trades Monitor.

Trades Monitor turned out to be an extremely successful venture for Mr Steen, and was named by BRW as one of the ‘Fast 100 Growing Companies in Australia’. As a consequence of this success, the company was bought out in 2010 by NASDAQ-listed company Ebix.

After the buy-out, Mr Steen stayed on with Ebix, continuing to assist the company. In 2015 he left to join Strata Data and the Terandi group. In several of his previous roles, Mr Steen had links to strata, making the move into body corporate management a relatively easy one.

Mr Steen’s father owned a business called Independent Property Reports, which took care of pre-purchase inspections for strata title properties. During university holidays, Mr Steen helped out at the company, gaining a wealth of valuable experience in the business, making strata management a natural progression from his previous roles.

The Terandi group incorporates several other companies owned by Terry and Di Smith, Strata Data’s owners, who began Terandi together back in 1977. Those other companies are Rent All, Maintenance Matters and Credit Recovery Solutions.

“There’s a number of businesses that are part of the Terandi Group,” Mr Steen says. “So Strata Data is the largest, and I guess was the first and is the focus, and Strata Data is a body corporate management business.”

Both Rent All, a property management company, and Maintenance Matters, which handles property maintenance and repair, operate exclusively in South Australia, whereas the main company, Strata Data, operates in Victoria and SA.

Strata Data was formed at the same time as Terandi as a family business for Terry and Di Smith. The Terandi group focused on strata management to begin with, but over the following decades grew both organically and through acquisition.

“As part of that growth, there was diversification into others areas. So, not only did the whole body corporate business grow, but that’s when the property management business was also started and the Maintenance Matters business, and then the most recent addition, Credit Recovery Solutions, which started three years ago.”

Terandi has experienced steady growth over those decades, creating the opportunity for the group’s biggest development, which came seven years ago, when the decision was made to take the business national, beginning in Victoria with the opening of an office in Melbourne.

“That’s something we’re wanting to consolidate and grow,” Mr Steen stresses, “and once that gets to a scale that we feel is substantial and operating well on its own, we’ll then be looking at where to go next.”

The growth of Victorian strata is particularly impressive going into the new year, with the industry currently growing quicker than anywhere else in the country, a fact Mr Steen sees represented in the development visible in the Melbourne skyline.

“I went to a talk from Bernard Salt, the demographer. He’s a well known futurist, and he certainly has made a point that the strata industry is a very high growth industry. This is not specific about Victoria, but people are moving more towards apartment living.”

State government development plans have changed from spreading cities out, which requires increased infrastructure, to building up, by adding more high-rise living, which is better for the environment. All around Australia this new approach to living is being employed.

“There have been lots of stats that have been done and research to show that this is actually much better, as far as not having to knock down forests or take out grazing lands to spread out; if you build up, it’s actually a greener way to house people.”

Strata Data currently supervises around 1,400 properties across South Australia and Victoria, meaning they work with roughly 20,000 single unit owners. This works out at an average of 13 or 14 units in each block.

The strata industry in Victoria does not have a particularly good reputation when it comes to relationships between managers and owners, so what is it that makes Strata Data stand out from its competitors and retain the support of its clients?

“It’s an interesting question, and I think Melbourne particularly, compared to South Australia, has got another level of complexity, which is a lot of people are investors, especially in the big city blocks, and a lot of them can be overseas investors.”

Investors from other countries, particularly China, are now moving into Australian strata, meaning maintaining good relationships is even harder. Differences such as time zones, language barriers and an understanding of the business must all be successfully negotiated.

“Our model is a high-touch, high-service model,” Mr Steen says, “so we make sure that we are staffed up adequately to provide that service, particularly as we’re not the lowest cost provider and we don’t try to be; we try to provide a high level of service to our clients.”

The company has established a number of innovative and accessible methods for customers to make contact, including increased availability on the company website in the form of an instant chat widget, allowing problems to be addressed in real time.

In addition, the company makes sure it encourages people to attend either committees or annual general meetings, to get involved in the running of the building, which Mr Steen admits is the best way to make sure clients are onside.

Quite often the issues arise from the sub-set of owners who make decisions for the apartment blockdecisions which Strata Data duly follows and enforcesmeaning the blame is often wrongly attributed to the strata manager.

“What we try and encourage people to do who might not be happy,” Mr Steen says, “is to get on the committee, speak to people on the committee, come to the meetings, because we’re not the ones that actually make the decisions, we follow owner or committee instructions.”

Usually, when people realise exactly how the process works and what they can do to influence proceedings, a higher level of satisfaction is provided for the client and a smoother working relationship reached.

Working for a higher-end strata company operating in Victoria and SA, Mr Steen recognises the issues surrounding price competition. “There’s a lot of talk of competitive undercutting in the Melbourne market,” he says, “it’s hard for me to gauge, really, how that operates.”

The competition Strata Data sees most of is less about pricing and more about relationships with developers, where the costs involved with forming alliances can often be subject to a similar kind of undercutting.

“There’s quite a bit of competition there. So that’s the new buildings, for developers who are bringing new stock onto the market, they get to appoint the first strata manager and obviously if you’ve got a relationship with them then that’s going to put you in a pretty good place.”

One of the main issues affecting the strata industry is that of defects in new buildings. Another is around buildings across the country as they begin to reach half a century or more of age, where the question of what to do with them is becoming increasingly important.

“With building defects, there has been an issue,” Mr Steen says, “and particularly one of the well known ones is, there was a large building that caught on fire because of some material that was used on the building which was not fire safe.”

In response to events like this one, the industry is beginning to look at a number of buildings across the region which may need to have changes made to make them fire safe and ensure such tragedies are not repeated.

The other issue is to do with the problems surrounding knocking down and rebuilding properties that are now reaching fifty or sixty years of age, problems exacerbated by the need for 100% approval from every owner in order to do so.

“If you’ve got an apartment block for a hundred people,” Mr Steen says, “to get approval from everyone can be quite difficult. Some people may not disapprove, they just may not even turn up or vote.”

New South Wales has recently passed legislation stating that in order to knock down and rebuild an old building, only 75% owner agreement must be attained. This kind of legislation hasn’t been implemented in Victoria, meaning a significant issue still remains.

“I do think the Victorian strata industry is really well-run; it’s almost the model of the strata industry across the country, in my opinion. So the industry body, the SCA [Strata Community Australia], runs very good educational programs and has a very good management agreement, that is well used.”

Find out more about Strata Data by visiting:

This Strata Data business profile has been made possible by the generous support of: