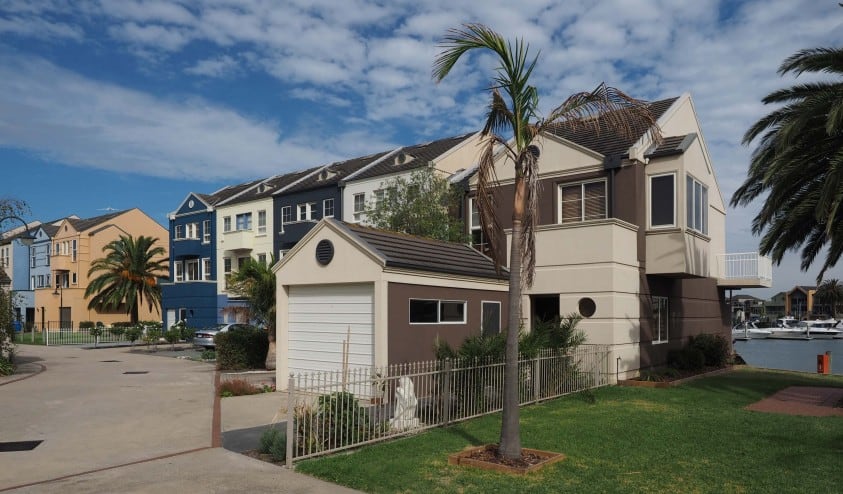 A new year has a way of providing us all with a focus on the future, and perhaps no other group in Australia is looking forward more than those within the booming $1.2 trillion strata sector.

Apartments, units and townhouses are being built at almost twice the rate of houses around the country, and with no sign of this trend slowing down; all eyes are on the rising skylines of our biggest cities.

Strata has found a heartland in Victoria, and The Australian Business Executive sat down with the leader of the state sector, to speak about the work that’s gone into the recent progress, and what lies ahead in 2016 and beyond.

“It’s pretty clear that Australians now want to live in or buy into strata title property, and as a result our sector in Victoria has experienced a phenomenal rate of growth that’s likely to continue for many more decades,” Strata Community Australia (Vic) President Julie McLean said today.

“All of a sudden, it seems the suburban backyard dream has reached its expiry date in the minds of Australian home buyers, and that’s caused our sector to grow at an astonishing rate.”

“10 years ago, the Victorian strata sector was valued at $50 billion in building replacement costs, now we sit at $300 billion, and with on ongoing development boom in tow, we anticipate that this number will double again by 2020.”

In spite of this however, Ms McLean says growing pains have never been far away from the staggering financial milestones and that’s where much of the focus must go if Victoria can possibly hope to sustain a sector housing in excess of 1.5 million residents.

“I’ve been involved with the strata sector for 13 years, and there’s never been a more important time for us to take stock, and take a deep breath before starting again.”

“26% of the Australian population now has a stake in the strata sector, so the platform that we lay for the future has to support more people than ever.”

Ms McLean’s Strata Community Australia (SCA) is the peak organisation driving this goal of industry betterment, and its work touches every corner of the country.

“Just like our office here in Victoria, there are chapters in every state and territory around the country, tasked with bringing professional progress and performance into this developing property marketplace.”

“Our principles are the same, but we each face different challenges as our respective sectors, industry professionals and stakeholder base grow, and it’s that constant learning curve that’s allowed us to develop a radar screen for developing issues.”

As each state undertakes strata law reform it is hoped that the state bodies look towards harmonising strata laws and terms across Australia. To help lot owners, managers and other industry stakeholders better understand their responsibilities when working and living in strata, SCA National has developed an introduction course called ‘A100’, as well as a ‘new committee’ pack designed to guide committees in their roles and responsibilities.

Specifically relating to Victoria, Ms McLean says there are a number of issues that will require urgent attention as business kicks off in 2016.

“The issues facing each of SCA’s regions are so diverse, and that’s no different for us here in Victoria.”

“One of the most publicised issues recently has been the spread of unsafe construction materials, including a flammable cladding product responsible for a multi-storey building inferno that lit up the Melbourne skyline.”

“The Lacrosse Apartments fire, that continues to make headlines for its multi-million dollar rectification bill, was caused by the existence of an aluminium cladding product that failed to meet Australian construction standards.”

“Experts have warned that based on a cost over quality attitude in local construction, there’s every possibility that there are tens, hundreds, even thousands of properties fitted with this dangerous product and that gives us great cause for concern.”

“The problem is how late we’re finding out about these unsafe, often imported products and we’re hopeful that a Senate inquiry into the matter provides some solid measures to limit their use and stop them from getting past the border.”

Ms McLean says issues like building defects are those that typically illicit a reactive response from authorities, and SCA (Vic) is adamant this ethos must not be applied to another issue affecting Victorians.

“Throw in a bit of concrete cancer and we have all the ingredients for a building facing a large special levy to repair the problems or to take the opportunity to demolish and start again.”

Linked to both these emerging issues is the current threshold for Maintenance Plans and funding, and the difficulties in recovering costs from defaulting lot owners. Currently the threshold for an Owners Corporation to obtain a Maintenance plan is 100 lots or an annual turn over $200,000.

“Of our 88475, 1% represent properties greater than 100 lots. This means that the vast majority of properties do not have a maintenance plan or any funding in place to properly maintain, replace or upgrade their building over its life span.”

SCA (Vic) suggest that it should be mandatory for all properties to have a maintenance plan and that a more palatable approach to achieve this goal would be to phase in the requirement over a 5-year period similar to what NSW has introduced. It would require properties with lots 80-100 to obtain a plan in the first year, properties with lots 60-80 to adopt a plan in the second year, lots 40-60 in the third year and 13-40 lots by the fourth year.

“This is just another example of the diverse range of issues that we have to rapidly respond to for the benefit of our many stakeholders.”

Along with these fast developing issues like unsafe construction products, and renewal for strata properties, “the biggest challenge”, says Ms McLean, “will be getting State legislation to evolve and meet the demands of 21st century living.”

“Although our legislation governing our sector is relatively new (2006), it has failed to keep up with the rate at which we’ve grown as a sector, and as a result the government has called for a review of strata laws in 2016.

“Issues like building defects, scheme termination and strata manager licensing are just a handful of those which we hope to see some real progress on over the next couple of years.”

“This progress is something we’ve been chief consultant to the State Government on, since engaging in meetings with them since August, and at this point it’s looking like we’ll see sweeping changes brought in by 2017.”

“New South Wales last year welcomed a strata reform package that’s set to completely modernise the laws governing their some 2 million stakeholders, and we want the same opportunity for Victoria, sooner rather than later.”

Strata Community Australia (Vic) is the peak industry body for Strata and Community Title Management in Victoria. Supporting more than 80% of all owners corporation management firms, it is the only organisation solely focused upon representing this increasingly significant industry, and reaches and represents more than 530 owners corporation professionals who manage approximately 375,000 lots.

Find out more by visiting: www.vic.stratacommunity.org.au

To view this editorial as it appeared originally in The Australian Business Executive magazine, click here.