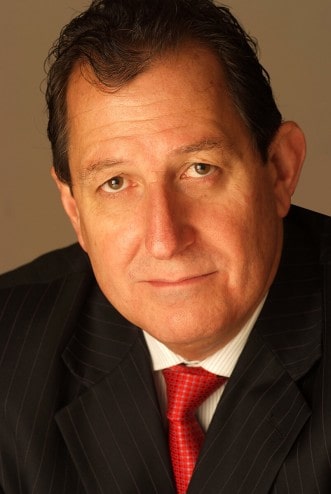 The prodigious rise in residential construction in recent years has been a major source of support to the broader Australian economy. Critically, this support has come at a time to offset the winding down of Australia’s unprecedented mining investment boom, with new home building increasing its contribution to overall domestic economic growth since 2012. Latest figures show that in the year to September 2015 the Australian economy grew by 2.2 per cent and that growth in new home building accounted for nearly one quarter (0.4 percentage points) of total growth.

New home building has not only supported headline economic growth, but critically, the nation’s labour market. Having risen to about 6.5 per cent a year ago, unemployment appears to have peaked with strong jobs growth now starting to help bring that rate lower. The latest read of unemployment showed it to be just below the 6 per cent threshold. The labour-intensive nature of the residential construction sector means that the rise in activity has translated into significant growth in construction jobs. After sliding for almost a year, the number of construction jobs resumed a trajectory of growth in late 2012. At the end of November 2015, those employed in the construction industry reached some 1,046,557 persons. This means that 88,000 more people are employed in the construction industry compared with the mid-2012 trough.

These are obviously compelling rewards from the national new home building boom, within which Victoria has been a key driver. Indeed, Victoria’s housing sector has consistently rated as one of – if not the strongest – across Australia, with the state’s housing affordability advantage over its main rival New South Wales key to its success.

Latest (albeit somewhat dated) official data show that growth in new home building on the mainland was strongest in Victoria. The 65,240 homes that commenced construction in 2014/15 represented a 26.3 per cent increase on construction activity compared with the previous year – growth in the other mainland jurisdictions ranged from a 21.2 per cent uplift in Queensland to a contraction of 12.7 per cent in the Northern Territory over the same period.

This latest growth spurt follows previous years of still very healthy levels of new home building – Victoria sustained more than 50,000 new home commencements per annum during each of the previous five years, a streak unmatched by any other state or territory.

Key areas driving the latest round of strong level of building include Inner Melbourne, as well as the city’s Inner East and Western suburbs. Moreover, approvals data (the closest indication of actual construction activity available) out to October 2015 indicates that these areas will continue to experience strong levels of activity into early 2016, with Melbourne City, Essendon, the suburbs within the City of Whitehorse and Maribyrnong showing especially strong approvals results. Regional Victoria, led by the Geelong and surrounding region, has also been part of the strong growth. Furthermore, approvals activity in the Latrobe-Gippsland region has slowly started recovering from previous weakness.

Victoria’s housing affordability advantage over Australia’s largest state economy, NSW, makes the state very attractive as destination to relocate to from the perspective of Australians living interstate. Combined with a labour market that is also healthier than in other states and territories, this has seen Victoria experience the largest inflow of net interstate migration among all the states and territories. In the 2014/15, there was a net inflow of 10,190 interstate migrants to Victoria. Queensland received the next largest net inflow, but the 6,417 net interstate migrants to Queensland during the year falls well short of the wave into Victoria.

Looking ahead, this slowing in population growth along with a number of other key factors – a gradual tightening in credit conditions over the past year and decelerating housing price growth in key markets for example – is likely to curtail the growth in new home building.

Over the next few years, new dwelling construction nationally is projected to decline quite significantly from the record levels of 2014/15. As one of Australia’s key markets, Victoria will see its fair share of reduced activity with new home commencements in the state forecast to fall by around 34 per cent between 2014/15 and 2017/18. Multi-unit activity will bear a disproportionately large share of the burden, while the reduction in detached house starts is predicted to be a little more measured. In this context, there is an onus on policy makers in the state to support the industry as conditions become more difficult. For example, the stamp duty burden in Victoria is the highest of any state so much would be gained from reforming inefficient taxes like this.

Other risks to the home building industry exist as the Victorian government struggles to shore up the Victorian Building Authority’s role in regulating its constituents. In the wake of damning reports by the Victorian Auditor General and the Ombudsman, the industry’s (then) regulator, the Victorian Building Commission was abolished and the Authority was established. Some four years ago we were told that the home building industry was a mess. In the words of the Auditor General the building regulatory system was “marked by confusion and inadequate practice, including lack of transparency and accountability for decisions made”. The suggestion was that some 96 percent of building permits did not meet the minimums standards required. No one, except those with an axe to grind, believed that figure.
In the years since, we have witnessed a range of failed and misguided attempts to get the Victorian Building Authority’s own house in order culminating in a failed attempt in 2014 by the former government to introduce radical changes to the legislative controls. These actions raised more questions than they have answered and that proposed legislation would have caused major disruption to the businesses of many home builders.

We read in the Auditor General’s latest report of 2015 that “the existing consumer protection framework for domestic building does not adequately protect consumers who experience problems and there is a pressing need to improve consumer awareness and understanding of the framework”. How does one then determine whether we are better off now than we were four years ago?

The Andrew’s government introduced new legislation into parliament at the eleventh hour last year. Some of the previous government’s proposal remain in this new bill; many have been removed or modified. Thinking about the contribution the home building industry makes to the overall state economy, there is a need for perspective. The industry provides consistently excellent outcomes. Like all sectors there can be problems and these need to dealt with in a rational and well-informed manner. Scrapping what is good and working well and replacing it with grater bureaucracy and regulatory roadblocks does not serve anyone well. Consumers have a right to have every confidence in the home building industry to deliver high quality and safe homes. Restrictive legislation and over-governance will not provide this outcome; what it may do is escalate the fall in housing start numbers that is already on the horizon and approaching fast.