Victorian Housing is on the Move 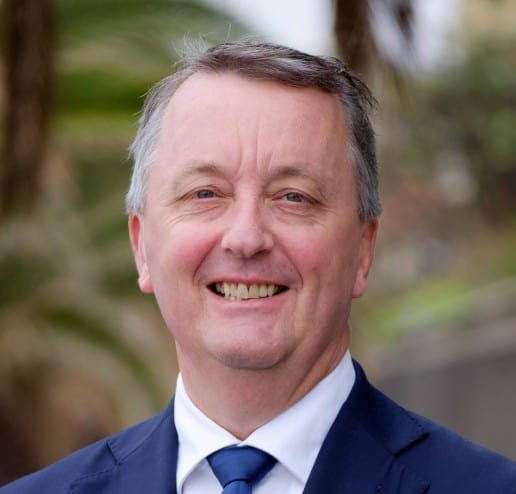 A year into the Andrews Labor Government, Victoria’s prosperity is powering ahead of all other states. We’re not content with winning the title of world’s most liveable city for the umpteenth year, or continuing to hold the title of the cultural and creative capital of the nation, as our state economy enjoys an unprecedented run of continuous economic growth. This government has locked in strong surplus budgets into the future and achieved welcome drops in unemployment, especially in rural areas, as the new government gets more Victorians than ever before back to work, with 91,600 new jobs as at December 2015. The government is building city shaping infrastructure like the Melbourne Metro Rail, while building approvals power ahead of other states.

The Melbourne skyline of 2015 has moved on a long way from the one I knew well as I entered the workforce. Back then, I found myself climbing some of our tallest buildings speaking to some of our least well-connected people. Back in the 1980s I worked as a community development worker on the Horace Petty public housing estate in Prahran. The Horace Petty estate stands as a testament to a time when inner city ‘slums’ were cleared to make way for high-rise towers that housed lower income working families.

Today, those big public housing towers are still ringed by stately Victorian terraces, but dwarfed by the new high-rises that sell for record prices, and the hundreds of shops, bars and nightclubs of Chapel Street. When I visited Horace Petty as Minister for Housing, Disability and Ageing, it was a bittersweet return. Many of the problems I had seen back in the 1980s were still there. A community cut off from the suburb they lived in, struggling with a range of health and social issues brought on by economic disadvantage, with little opportunity for meaningful employment.

I saw then that our own achievements are best reflected in what we have helped others achieve in their lives. That is why I am especially proud to be Minister for Housing, Disability and Ageing and Minister for Mental Health. The combined portfolios need to drive coordinated, integrated responses to disadvantage where housing needs are met alongside the needs of the person that shape their lives. We need this in order to enable people to achieve their goals.

Victoria is facing a significant challenge in addressing homelessness, housing need and disadvantage into the future. The number of people experiencing homelessness or in housing crisis is escalating. More than 22,780 Victorians were counted as homeless at the 2011 Census, a 31 per cent increase from 2006. An independent forecasting study has found that homelessness could rise by more than 100 per cent between 2011 and 2021. On top of that, the waiting list for public housing continues to be of great concern. There are around 35000 people of the public housing waiting list, and almost 10,000 of these people are in what is known as ‘early housing’ which includes people who are homeless and women and children escaping family violence. Most concerning of all, the last four years have seen a 275% increase in the Segment 1 waiting list. These are people who are in desperate need of safe, secure and affordable housing. It’s unfathomable, as our state’s prosperity has driven ahead, and in a time of consistently low interest rates, such acute housing need has emerged.

One of our government’s highest priorities is to see an increase in the number of safe, secure and affordable properties available for disadvantaged Victorians. In September I announced that the outdated public housing at the Markham Estate in Melbourne’s east would be demolished and a mixed social/private housing redevelopment will be built in its place. There will be an increase in public housing homes on site and the homes will all be built to modern standards, including a proportion that will be fully accessible for people with a disability.

More developments like this will be announced to meet the growing need for affordable housing across the state. And I have been unequivocal. Every one of these redevelopments will result in an increase in social housing. Thinking innovatively and working with sector partners, we should be able to ensure that the profits from the sale of the private homes that will be built on-site in mixed social and private developments can pay for the public housing homes. This is how it should be, with more homes for everyone, but for those of us that can afford to buy our own homes, our purchase can also help those less fortunate than us.

This is a principle that drives another innovative idea that the government is supporting, the Big Issue’s ‘Homes for Homes’ project. The Victorian Government has contributed $500,000 in seed funding to this innovative and worthy project which sees homeowners making a commitment to donate a tax deductible 0.1 per cent of their property price to Homes for Homes at the time they sell. For example, an $800,000 property transaction would mean an $800 contribution to Homes for Homes to fund new affordable and social housing.

I also want a more streamlined and transparent allocation process for social housing. That’s why I have announced the introduction of a common housing register. Applicants will only need to fill out one form, allowing for every community housing organisation to allocate vacant properties from the state-wide register according to need.

The Victorian Government has also been making good on the promises it took to 2014 election. We’ve committed to a comprehensive review of the Residential Tenancies Act 1997 which is now well underway. The Plan Melbourne Refresh has also gone out for consultation and we are moving forward on piloting inclusionary zoning as a new affordable housing initiative for land sold by the government for development, requiring a share of new construction to be affordable for low income families.

There are undoubtedly challenges ahead. The mining boom is over. The Commonwealth Government is providing clear indications that new federal funding for housing, especially for capital growth, is unlikely to be forthcoming. It is therefore more important than ever to think innovatively and grab opportunities wherever possible.

The Victorian Government is also taking action to improve access to a broader range of housing options, reviewing current policies affecting housing affordability, including taxation, regulatory settings and the suite of grants and concessions available to different categories of property purchasers. This review will guide reforms to improve housing affordability in Victoria.

The Victorian Treasurer, Tim Pallas, is also chairing the national affordable housing taskforce. Being part of the national dialogue is essential if we are going to effectively advocate for Victoria’s position. It’s also crucial that we act in a coordinated way with planning, taxation and housing policy. It’s about ensuring that the housing responses we provide are developed alongside mental health, disability and other social service needs. Housing needs to be seen as a part of providing safe and secure outcomes for all Victorians – especially those in need and the vulnerable that look for a helping hand up.

The Federal Government hasn’t made any significant commitment to housing and homelessness under either Tony Abbott or Malcolm Turnbull, indeed they have continued to cut support through National Partnership Agreements, defund national housing bodies and threaten further cuts. When thousands of Australians cannot get a roof over their heads, Australia cannot be the agile, innovative, competitive nation Mr Turnbull desires. 2016 serves as an opportunity for the Federal Government to play a constructive partnership role with the States in tackling housing as a social and economic challenge.

I look forward to Victoria continuing to lead our nation’s long economic boom. But our least well-off have not just missed out on the boom, indeed their disadvantage has grown further. This government is determined that the next wave of economic growth must not leave them behind again.