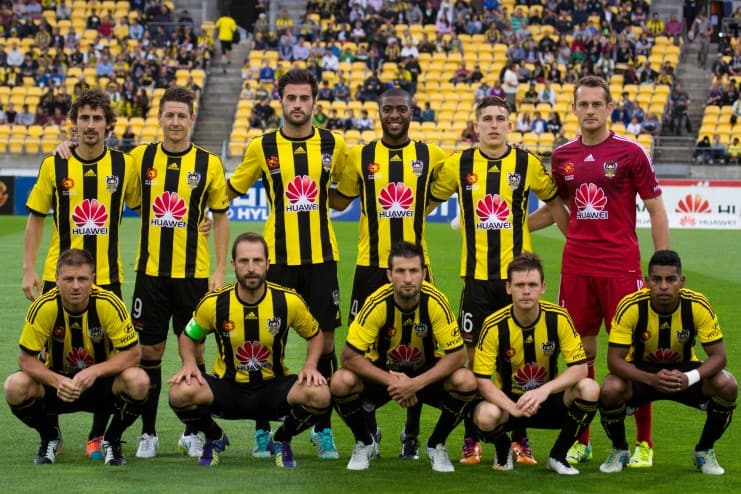 Buoyed by the FFA’s decision to extend their A-League license, the Wellington Phoenix’s future looks bright both on and off the field.

On the field, the club has signed superstars, Kosta Barbarouses and Gui Finkler for the next two years.

Off the field, the club recently announced the largest sponsorship deal in New Zealand Football history extending their partnership with Chinese telco, Huawei. In the past month, they have also landed Singapore Airlines and Asia’s fastest growing brokerage firm, Fullerton Markets, as Premier Partners.

In order to continue this success the Phoenix have entered into a partnership with Treble Corporate Sponsorship Brokers (TrebleCSB), to increase their commercial base in Australia. TrebleCSB are an agency who work alongside organisations to identify, recommend, negotiate and engage them in partnerships with sporting codes and sports clubs. This new agreement will make TrebleCSB the club’s official corporate sponsorship broker for new business opportunities in Australia and abroad.

Head of Commercial for the Phoenix, Nathan Godfrey, was quick to highlight the positive direction the club is heading and said “the game of Football has global reach and our partners are starting to realise the value of an association with the Phoenix brand given our geographic location and networks into Asia. The partnership with TrebleCSB is innovative and certainly an important part of our long term growth plans”.

On the back of this new partnership, the Phoenix are organising their first ever Wellington and Beijing Football Trade Delegation in China, in July. The Phoenix will also be participating in community coaching clinics in Beijing and playing up to two exhibition matches.

Repucom believe the club have a total supporter base of 545,000 fans, ranking them ahead of every single Super Rugby franchises in New Zealand.

“There are an incredible number of business opportunities around an association with the Phoenix brand and we are looking forward to leading the business development during this inaugural Wellington and Beijing Football Trade Delegation ”, said Jesse Landry, Director, TrebleCSB.

TrebleCSB is also offering Australian businesses the chance to expand their business networks and join the Wellington and Beijing Football Trade Delegation.

The trip to China will include access to a number of business functions allowing corporates to develop and extend their footprint overseas. Any business wanting to do business in China knows connections are paramount and political and corporate benefits will be provided by joining this unique Delegation.

If you wish to enquire about joining the Wellington and Beijing Football Trade Delegation, please contact Jesse Landry, Director, TrebleCSB, on jlandry(at)treblecsb.com or +61 (0)2 8091 1410.